Yesterday, Maplestory official revealed an amazing character job which can tame beasts. I believe that this character will become a big surprise for our gamers.

Here is the event details:

Chase, the Beast Tamer, is a simple girl with big dreams. One day she saves a cat named Arby, and gains the ability to control animals through Arby’s mysterious powers.

As Chase and Arby set out for adventure, more animals flock to their side. Now Chase can harness the power of Fort the Bear, Lai the Snow Leopard, Eka the Hawk, and of course, Arby the Cat. Each animal power Chase uses bestows different personality characteristics and strengths for dynamic gameplay. 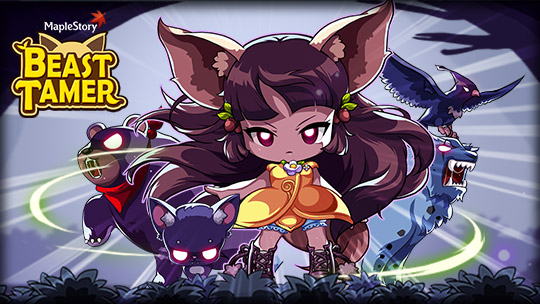 Chase has over 70 diverse skills, and since there are four animal modes, it’s easy to find one tailored just for you! Fort the Bear deals massive damage from a stationary position, while Lai the Snow Leopard specializes in dash and jump attacks, allowing you to quickly sweep across the battlefield.

Eka the Hawk can soar into the sky with flying and sliding moves. Arby the Cat has passive skills and is a party support specialist, and can deal out party buffs.

If you’ve ever dreamed of communing with animals, now’s your chance. Take control of Chase and become one with the wild!

Note: The Beast Tamer character job is BACK for a limited time!

Are you ready to join the Beast Tamer Character Creation Event? You won’t miss it!

The NBA 2KTV Episode 12 is in London, and the highlight in this episode is the NBA 2K17 European Celebrity Tournament.

This week’s 2KTV host Rachel A DeMita has chat with actor Tyson Beckford, Chelsea footballer Asmir Begovic, 2K soundtrack contributor Ghemon, and more as they all compete for the title! And, 2K Euro fans listen up! This episode have all the details for the NBA 2K17 European All-Star Tournament. Moreover, the MyPark news, tips for scoring the best MyTeam cards and Top plays of the Week are all included in episode 12. 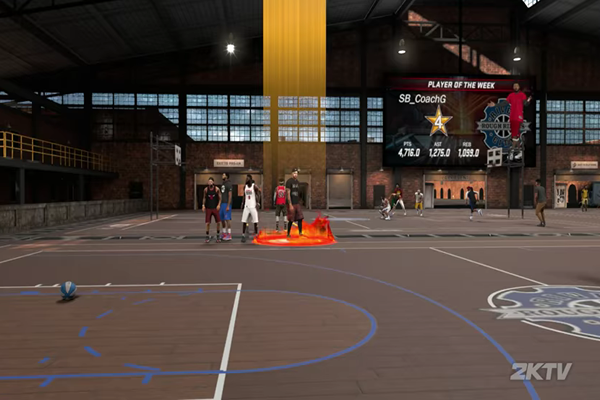 Here are the correct answers and rewards of this week’s NBA 2KTV Episode.

Q4: Which do you think helps most when playing NBA 2K competitively?
A4: Any Answer – 50 VC

Q5: Shaquille O’Neal is the historic collection reward for which NBA team?
A5: Magic – 100 VC

Q6: Which 2K Beats playlist features a song by Ghemon?
A6: International – 100 VC

Check out the video below:

There are 7 questions this week for free VC and bonus items. To get the VC or items, watch the video with the MyNBA2K17 app or NBA 2KTV in NBA 2K17 and answer the questions as they pop-up.

In this week, NBA 2K17 patch 1.06 was recently released by 2K, it majorly targated at for Xbox One (2.6 GB) as well as PlayStation 4 (7.04 GB), additionally, on these gaming platforms are selling cheap NBA 2K17 MT. And moreover, it’s said to that the patch is available immediately. Regarding this update details, and it focuses on gameplay improvements. 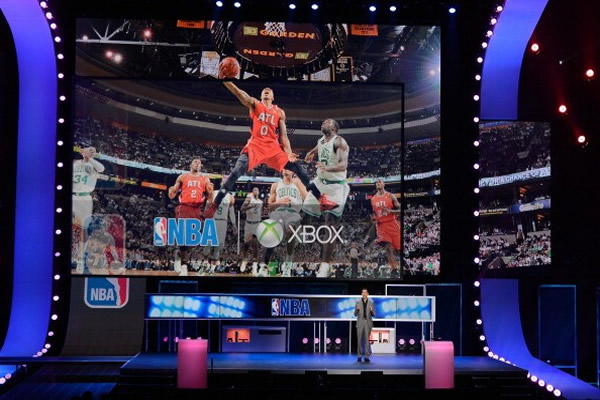 In particular, with respect to MyPark bugs has been fixed apart from the MyPark’s After Dark. According to related latest news, it will begins this weekend. Among of many things, Fast steals from inbound plays and back dump dribbles that have enhanced this latest 1.02 update, it aim to make the game more realistic.

Other gameplay fixes that were included is increasing the speed in which the CPU gets into their offensive sets and running plays. No sense for the AI taking 10-15 to get setup, only to force a rushed shot as the shot clock runs down. Besides the fixes mentioned, it seemed that everything else is cosmetic as the look of the game was the key to this recent update. “Broadcast Stadium” cameras were adjusted for the Bucks, Mavericks, Kings and Clippers. In a sense, before any gameplay was released, for most of fanatic players, they have been stared at cheap MT such as cheap NBA 2K17 MT PS4 for a long time.

Packed in the latest NBA 2K17 Patch 1.02 the Hornets will now have their correct court projection during the pre-game presentation. Indefinite simulating screen was fixed that would occur when “My Player” retired after the completion of his 20-year My CAREER.

A hang was also fixed that would occur in “My GM/My League” when attempting to enter the Staff signing experience when the team had no assistant coach (retired) and an expired head coach. Addressed an issue in My GM/My League where a league filled with “Classic and European League” teams would sometimes hang late in the season when simulating.

As regards this update, meanwhile, it can also enhances the “Broadcast Stadium” cameras for Bucks, Kings as well as Mavericks. Updated cameras also can zoom out more in transition as well as have a wider range of zoom and height adjustment settings. In the game, some major update and improvements with the latest Patch 1.02 have been revealed, and regarding all patch fixes, it will work in your existing game mode. Aside from patch fixes, and in order to successfully experience so fun gameplay, players have been busy with buying NBA 2K17 MT PC.

In september, NBA 2K17 already was launched, someone talk about MyPark mode being redone in some form or fashion. Notably, by noted by 2K, something also was mentioned such as called Park After Dark, in order to elevate MyPark, which is a good way rather than just playing a regular game of basketball on a blacktop. 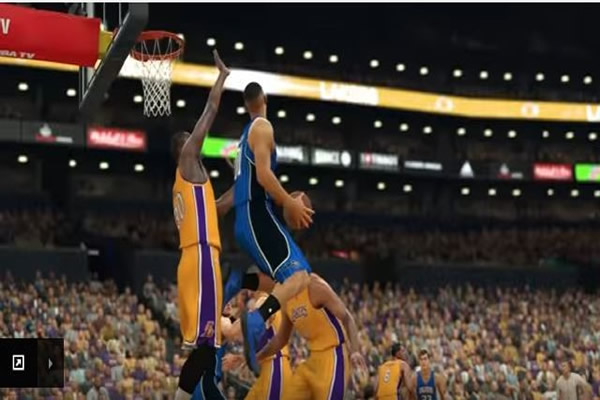 This week, 2K finally announced the long-awaited news about Park After Dark and it is very interesting indeed. 2K will create a party atmosphere inside MyPark where neon lights will be flashing and music will be blaring as players participate in their normal MyPark games.

Added in the mode will be different mini-games such as exclusive Park After Dark 3-point Shoot-Outs and Dunk Show-off challenges. The best thing to come out of the announcement of Park After Dark is the first special DJ that will spinning in the Park.

“As the world’s greatest NBA 2K17 player, it’s only right that I get to Snoopify the Park After Dark,” said Hip-Hop legend Snoop Dogg in a press release for NBA 2K Park After Dark. Snoop was also recently scanned into NBA 2K17 for the appearance. “I’m going to set off the park with a SNOOPADELIC set that’s going to have house parties around the globe JUMPING OFF.”

“Music is such a big part of the NBA 2K franchise and greater basketball culture, so taking such an innovative approach demonstrates our commitment to evolving the game into a destination for more than just hoops,” said Alfie Brody, VP of Marketing for NBA 2K. “Park After Dark is something we hope further connects our community and elevates their NBA 2K17 experience.”

After Snoop Dogg, DJ Premier will take over DJ duties regularly with guest DJs popping in from time to time. The first MyPark Park After Dark with Snoop begins Nov. 27 at 9 pm EST. The idea of Park After Dark is amazing as adding a club element at a time when most players are online paying MyPark is genius.

Since it brings a different feel to the mode, on top of that, we have come to know like MyCareer or MyGm, makes it a go-to place when you need a break from the more mundane modes. For NBA 2K franchise, without any major issues with its NBA 2K17, that’s probably why it may be the best sports game in the business today.