The day has finally come. Xûr, the exotic weapon and armor salesman in Destiny, is selling Gjallarhorn. For those of you who missed purchasing Ice Breaker from Xûr when it was first on sale—you know, back when strange coins were still strange and not slowly accumulating into the hundreds in your vault—try not to miss the boat on this one.

For 17 strange coins you’ll have the opportunity to buy at least several to make up for its absence from your inventory–and Crota hard-mode runs–for the past few months. Unless you already had one, then continue in your apathy.

Now while this may appear to come as literally the best thing ever, we should reserve that feeling of extraordinary bliss. In the Update Preview released by Bungie on July 16, they stated the intention to nerf Gjallarhorn’s Wolfpack Rounds. So for those of us who never had it, at least we’ll get one that’s not as good.

The reason for nerfing it? Apparently everyone was using it and “was so strong that for many people it had become the only answer to getting through tough encounters.” Who knew?

Additionally citing that they “strive for Destiny to be a place where a single weapon or strategy does not dictate how, or with whom, you spend your time.” (Maybe if DLCs—okay, every level in the game—weren’t just the same maps run in reverse I’d be inclined to agree with that assessment.)

So at least now while you’re waiting on your 8-second Ice Breaker cool downs (also to be in the new patch), now you have some time to admire the five Gjallarhorns in your inventory you just bought.

A recent post in Reddit is creating buzz amongst the gaming community as it provides alleged insider information on the development of Bungie’s upcoming shooter game series Destiny 2, whom the poster identified as The Shattered Suns as well as details on the Destiny 2.0 expansion pack called The Taken King which is scheduled for release on September 15 this year.

To be clear, Destiny 2.0 is not related to Destiny 2, a sequel to the game which is reportedly still in development. You should expect to see Destiny 2.0 released with the next major expansion, The Taken King, which is expected to have its release date on September 15th, which was recently announced at E3 2015.  For those that want more details about the weapons changes, check out the official memo from Jon Weisnewsi at the Bungie site

The poster claimed he received the information from a close friend who knows somebody (READ: A friend of a friend) from inside Bungie who is involved in the development of Destiny: The Taken King DLC and future contents.  He claims to have exclusive information about Bungie’s plan for the Destiny franchise, including its story line, evolution of the clan system and the unveiling of a new way to ascend characters.

The poster claims the next Destiny installment will be released in September 2016. However, what’s suspicious about the post is it claims that Activision has decided to ditch its current DLC model.

“It is titled currently as ‘Destiny 2 – The Shattered Suns’ and is planned for release on September of 2016. You will still be using your current characters. It will focus heavily on Osiris and his endeavors as he is the main quest giver in the game. A new form of enemy is said to be in development, Possibly Ahamkara? Couldn’t get a straight answer from anyone on that. Mercury is also supposed to be a big player in ‘Destiny 2 – The Shattered Suns’. The main area in which the guardian will explore. Bungie has also hired on Hollywood writers for the story of this game as well. A new voice for the ghost is also being implemented. Bungie apparently stated that they are not going to continue with DLC’s, but instead release free raids, planets, etc. throughout time. They will only be continuing with the main games after TTK and its successor DLCs.”

The post went on to say, “Finally as a bonus, there is not going to be trading implemented into the game ever. Stated, ‘Activision got sent a letter regarding what not to do on a MMORPG (Massively Multiplayer Online Role Playing Game) from Blizzard, and trading was on that list’. Also that there is no 6th chest in the VoG or has only been known by a small group of people in the studio. It was just a bluff to keep us occupied for The Taken King most likely.”

here will also be a base increase in the damage of Scout Rifles, not to mention an increase in the magazine size and a reduction with its accuracy. Pulse Rifles can do 2.5 percent less base damage than before, and it decreased stability with repeated shots and increased the amount of shots you can take with the weapon’s standard magazine.

As for shotguns, the shot accuracy is reduced 30 percent, precision damage reduced by 10 percent, and reduced damage against non-player enemies by 10 percent.  Also affected are Fusion Rifles, Sniper Rifles, and Rocket Launchers. 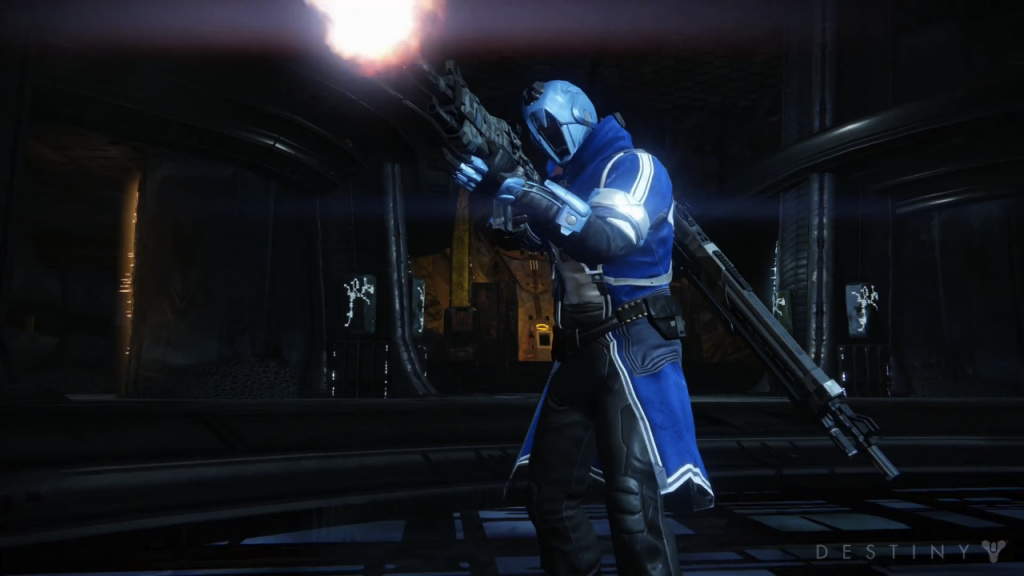