In 2K Games’ NBA 2K17, Before one can be a shooting guard master, first of all, you need to be aware of how to learn the various archetypes, just like the final stepping stone of all stepping stones. To that end, in the game’s MyPlayer mode, if you are eager to build a career, needless to say, you indeed need this guide. Additionally, do you know how to get cheap NBA 2K17 MT? 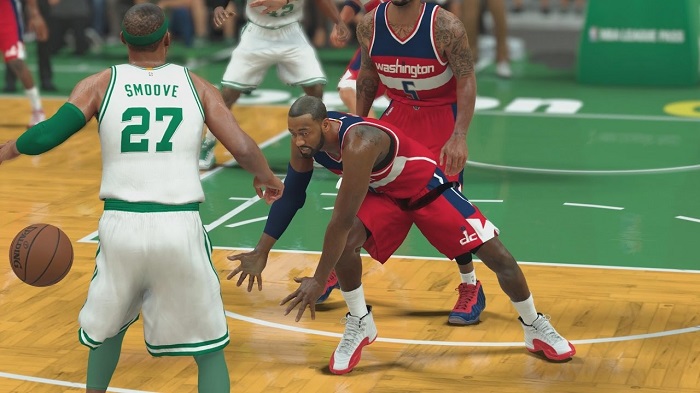 What Are NBA 2K17 Archetypes

In its most organic form, archetypes in NBA 2K17 refer to various preset playing types or styles for characters created in MyPlayer. Since you want to ensure that things go the way you want it to be, you need to select an archetype that suits to your liking. Otherwise, you will have a hard time on the court. To give you a concrete knowledge of what these are, they’re listed below.

This NBA 2K17 SG archetype here can be best performed by the Warriors’ Klay Thompson, one of the Splash Brothers. Sharpshooters are fond of roaming the perimeter, getting themselves ready for a shot. Obviously (and by default), they won’t have that leverage when driving to the basket. But make no mistake, they can be very deadly from way downtown. To veer away from possible blocks and/or contests, it’s best to make your player a bit taller (anything over, but not under, 6’0″ should do). Thanks to NBA 2K17 MT PC, plently of players can experience so fun gameplay.

If you want to create a NBA 2K17 player just like DeMar DeRozan, then you need to opt with this archetype. This one here allows you to find and create a hole, one that will enable you to put the balls on the basket. When your team, out of luck, happens to be struggling, you can move mountains. You definitely can create shots out of the blue, capable of bringing your team to victory. As for its size, there’s not a single measure that’s really recommended.

If you’re the kind of NBA 2K17 player who wants to run and defend, then this archetype is best for you. The LockDown Defender, as the name suggests, is packed with various athletic abilities. Your work of miracles here will be passing lanes and/or getting various steals (and even forcing turnovers). The ideal height would be anything from 6’3″ to 6’5″. Either of these sizes will give you enough speed power to run from one point to another.

Being a playmaker in NBA 2K17 isn’t a hard thing to do, but it definitely requires a few tricks. Think about James Harden here, the kind of superstar who can make any difficult plays easy. This archetype allows you to have the ability to be able to put shots in any area in the court. And since your opponent want to cease you, you’ll have the ability to create another player — something that defines you as a playmaker. Any height measurement of over 6’0″ is already ideal.

In this NBA 2K17 archetype, you can take Chicago Bulls’ Dwayne Wade as a perfect example. Remember that the superstar is fond of driving his way to the basket, getting points from within. The Slasher is more about making layups and finishing close range shots. But since you’re likely to hit the big guys, you need to have adequate strength. The key here is to find the perfect weight and height. Remember that the bigger you are, the slower you’ll be (and vice versa). So, if you want to keep things in between, balance these measurements. Recommended you access official websites to get more: https://www.u4nba.com.